Adaptation in Spain and EU

In April 2013, the European Strategy for Adaptation to Climate Change was adopted in the European Union, laying the foundations and principles of a comon policy on adaptation.

A growing number of member countries of the European Union have adopted a national adaptation strategy and several of them have developed and are implementing action plans.

As a result of its high vulnerability, impact assesment and the adoption of measures to adapt to climate change in Spain is a priority objective.

Spain was one of the first European countries to develop an adaptation policy, materialized in 2006 with the approval of the National Climate Change Plan Adaptation (PNACC) and as a response to the Preliminary Evaluation of the Impacts in Spain by Effect of the Climate Change made in 2005.

The PNACC has since been developed through Work Programs and closely aligned with the main instruments and elements adopted in the European context. The third work program 2014-2020 is currently being developed.

In this sense, the National Climate Change Adaptation Plan is the general frame of reference for the activities of evaluation of impacts, vulnerability and adaptation to climate change and provides the global structure where the different evaluations of sectors, systems and regions fit in.

At the same time, the role of the Spanish Office of Climate Change is to promote the generation of data, tools and information relevant to the development of each impact assessment and facilitate participatory processes.

However, adapting to climate change in our country is a very complex area of ​​work, in which the public and private dimension converge, where there are competencies, responsibilities and the need for coordination at all administrative levels - local, regional, national and European- and where many sectors and agents interact.

The Autonomous Communities have developed and maintain their own strategic frameworks, plans and/or programs in terms of adaptation to climate change. The Platform, AdapteCCa, provides the entry point to know in depth the frameworks and actions that are being developed at the regional level.

On the other hand, the Working Group on Impacts and Adaptation (GTIA), created by the Commission for the Coordination of Climate Change Policies in 2007, brings together technicians and officials of the General State Administration and the Autonomous Communities in adaptation matters.

The GTIA has the general objective of coordinating the development of strategic frameworks and adaptation actions that are carried out at the regional and central levels, and meets regularly to exchange information and monitor progress and results of projects and initiatives which are developed under the framework of the PNACC and the adaptation planning frameworks of each Autonomous Community.

Several Spanish cities have carried out their own analysis of impacts and vulnerability at the local scale and a growing number of municipalities have their own strategies or plans for climate change, which contain objectives and actions in terms of adaptation.

At the national level, there is also since 2006, the Spanish Network of Cities for Climate that brings together cities and towns committed to sustainable development and climate protection. Its objective is to be a technical support instrument for Spanish local governments, providing them with tools that allow them to achieve a sustainable development model, while at the same time serve as a forum in which to exchange knowledge and experiences on the field.

There are also a multitude of different agents developing activity in the climate change impatc assesment in different sectors and systems, generating and providing knowledge. More specifically:

Research teams and experts from different agencies, universities and institutions.
Professionals and entities of the private sector.
NGOs and non-profit entities. 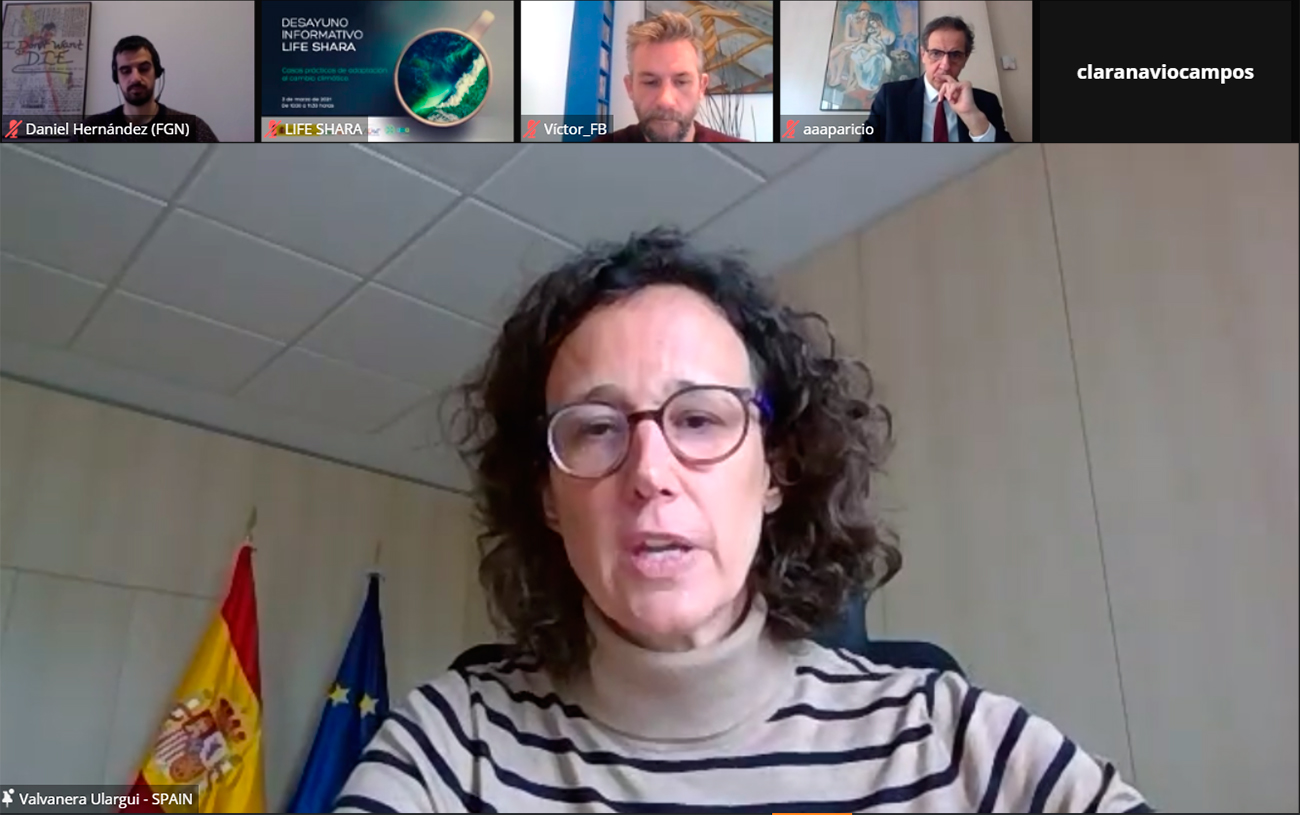